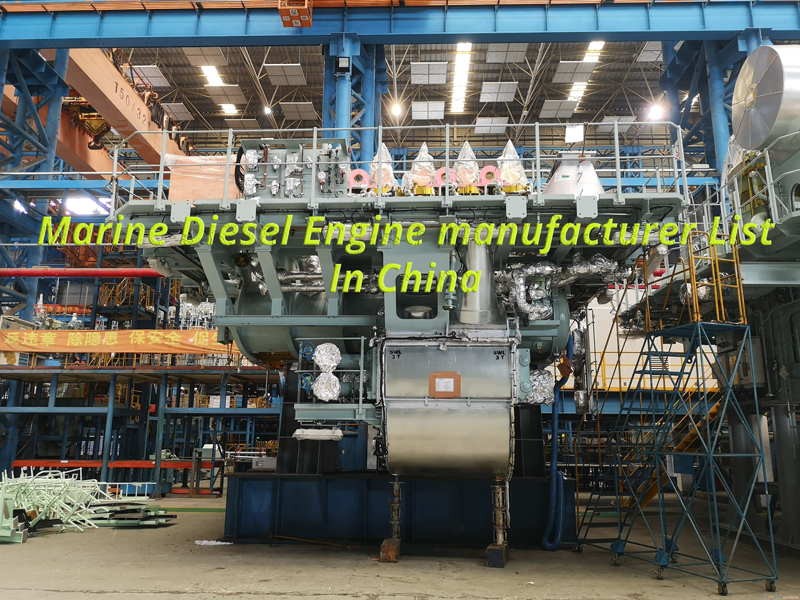 CSR Corporation Limited’s CSR Ziyang Locomotive Co., Ltd. , founded in 1966, is the only locomotive manufacturer in western China built and nurtured by the Ministry of Railways. The company is one of the eight major equipment chain enterprises in Sichuan province, which plays an important role in the independent innovation of China’s major equipment manufacturing and the development of the west.

The company has the second largest number of new locomotives in China, exported to 16 countries in Asia, Africa and the Americas, and is the largest supplier of locomotives in Turkmenistan and Vietnam. The engine produced by the company is used in locomotive, ship and power generation field. It is a well-known supplier of complete sets of engineering ship equipment and high-power gas engine. The company produces medium-speed engine crankshaft market share of 70% , exported to Germany, Japan, the United States, South Korea, India, Pakistan and other countries, India is the largest locomotive crankshaft suppliers in India.

The company has advanced precision equipment and testing equipment, a total of more than 2400 sets of various types of mechanical equipment, through the optimization and integration of enterprise quality resources, to form a six-axis electric locomotive, export diesel locomotive as the representative of the locomotive industry, the engine industry, represented by gas engines and marine engines, and the heavy equipment industry, represented by full-section tunnel boring machine and tunnel construction machinery, all-fiber forging steel crankshaft of medium speed engine and large forging casting are the representative of the superior parts industry.

Uphold the “Integrity, dedication, innovation, beyond”spirit of the CSR Ziyang Locomotive Co., Ltd. , is working with Four Seas bingpeng, dedicated to transport and power equipment speed and strength of continuous improvement, towards a higher goal.

Qingdao base: development and manufacture of a full range of low-speed diesel engines

Yichang base: a base for manufacturing and supporting diesel engine components and energy products

The project is listed as one of Anhui’s “861 projects” and Hefei’s “121” key project. Approved by National Development and Reform Committee on March 6, 2009, it is the first and the only private enterprise that was approved by the committee to manufacture low-speed engines in China.

Ronan Power had already signed the licensing agreements with Wartsila and MAN to manufacture low-speed diesel engines with a cylinder bore range from 350mm to 980 mm. The first engine-ROGAN-WARTSILA 6RT-flex68-D which was exported to Brazil was delivered on 22, Oct. 2009. In June 2010, China’s first 7RT-flex82T engine manufactured by RongAn was successfully delivered and the following manufacture of other models of WARTSILA and MAN engines will be carried out in succession.

Following the strategy of Rongsheng Investment Group, RongAn Power will start from low-speed diesel engine project and will establish RongAn Power Machinery Industrial Park in Hefei Economic and Technological Development Zone, in which main marine products, including low-speed and medium-speed engines, propellers, and ship crankshafts will be manufactured and a comprehensive solution for marine power system will be provided to customers.

Aiming at rapid development, the company bases on the strategic area of “Rise of Central China”, seize the opportunity of ship supporting industry development, and works hard to become a world-class engine maker.

Henan Diesel Engine Co., Ltd (hereafter abbr. “HND”), was called Henan Diesel Factory before, it was established in May 1958 and one of the most emphasis projects in the “First 5-year Plan” of P.R.C. As the first diesel engine factory of P.R.C, it is the only professional diesel engine manufacturer with high-speed and large-power in the shipbuilding industry, HND is also a member of China State Shipbuilding Corporation (CSSC), and the national military enterprise under the control of China Ship Power Co., Ltd (China Power for short), stock code(600482).

HND is one of the top 100 high-tech enterprises in Henan, owning the nation-recognized enterprise technical center, nation-recognized CNAS, and dual-fuel project laboratory. The engine power range is 186kW-3600kW, and the power range of generating set is 50kW-3000kW. All products are approved by CCS, ABS, RS, BV, GL-DNV, etc，part of the engine models have got C1 and C2 emission certificates.

HND runs an optimized marketing service network and builds 4S service, which ensures the professional service covering the full-service life of the products. Special training organization is arranged for one-to-one training and guidance for operators. Marketing service networks are set in Beijing, Shanghai, Guangzhou, Chongqing, Wuhan, Qingdao, Dalian, and other cities, covering the whole country and providing service in time.

Hudong Heavy Machinery Co., Ltd, a subsidiary of CSG, has been developing marine power systems since 1958. After more than 60 years of trials and tribulations and historical accumulation, the company has realized the whole industrial chain of “R&D, manufacturing and service” and the whole spectrum of “low, medium and high” power products, with 10 holding and participating enterprises, and the second-largest share of the international market of low-speed machines.

During the “13th Five-Year Plan” period, under the unified strategic deployment of CSG, Hudong Heavy Machinery is focusing on creating the world-famous brand of “CSG Marine Power”, building a world-leading innovative and service-oriented marine power enterprise, and continuously contributing its wisdom and strength to serve the marine economy and support the marine science and technology industry.

In October 2017, China FAW established FAW Jiefang Engine Division (hereinafter referred to as “the Division”) with the Wuxi Diesel Engine Plant of FAW Jiefang Automobile Co. It is an important business unit of the FAW commercial vehicle business and is the R&D and production base of heavy, medium, and light engines of Jiefang. The Division is located in Wuxi, Changchun, and Dalian, with its headquarters in Wuxi, covering a total area of over 870,000 square meters and employing more than 5,400 people, and its main products are diesel engines, gas engines, sports parts, remanufactured products, and common rail systems. After the establishment of the business unit, it has formed the R&D layout of Wuxi and Changchun, established “five mechanisms for technological innovation”, built a large R&D system integrating procurement, market, quality, cost, and process, and has a complete engine independent development capability. It has won the “First Prize of National Science and Technology Progress”, “Second Prize of National Science and Technology Progress” and other major honors, and has become the first batch of intelligent manufacturing pilot demonstration projects of the Ministry of Industry and Information Technology.

In 2019, it will sell 320,000 engines and achieve a sales revenue of RMB 15.08 billion. In the future, the division will adhere to the brand vision of “national brand, high-end power”, continue to deepen corporate reform, accelerate the pace of technological innovation, steadily promote intelligent manufacturing, make every effort to build a green, efficient and intelligent engine powertrain, create greater value for the majority of users, continue to strengthen and expand the independent business of FAW Liberation engines, and contribute to the We will continue to strengthen and expand the independent business of FAW Jiefang Engine, and make new contributions to help FAW Jiefang achieve the goal of “China’s first, world-class”. Actively respond to the spirit of the important speech of General Secretary Xi Jinping’s inspection of FAW, and make the national automobile brand up!

CNPC JICHAI POWER COMPANY LIMITED (JICHAI) was formed in 1920 and is the only internal combustion engine manufacturing enterprise under CNPC (China National Petroleum Corporation). In the past 80 years, we have acquired tremendous experience in the diesel engine industry, and are thus able to offer high quality diesel engines at competitive prices.

Our products are utilized in many areas, from construction equipment, locomotives, and generator sets, to military applications and agricultural equipment, and more. In order to maintain the highest quality, our company has cooperated with many internationally renowned parts suppliers, such as Miba of Germany, Amot of England, and Woodward of America. No matter where your job takes you, JICHAI diesel engines have the reliability and power you need.

In 1975, SMDERI of China Ship Research and Development Academy established the special engine research laboratory;
In June 1996, the Special Engine Engineering Research Center was set up;
In August 2002, the R & D and production base with a total investment of RMB 160 million was completed within Pudong ZhangJiang Hi-Tech Park. The ownership of the Special Engine Engineering Research Center of SMDERI was wholly transformed to establish Shanghai MicroPowers Ltd.

Zhejiang Yangpu Diesel Engine Co., Ltd. was founded in 2015, introducing international advanced German and Japanese technology, specializing in the production of low-speed diesel engines. Built with 8 total assembly stations and an annual production capacity of 120 units with 1 million horsepower.
The low-speed diesel engine has the advantages of low fuel consumption, long service life, and simple management, and is widely used in various types of ships such as container ships, bulk carriers, oil tankers, and chemical ships. The power is from 3000hp to 20,000hp.

CSSC Marine Power Co., Ltd. (CMP) is a wholly-owned subsidiary of the China State Shipbuilding Corporation (CSSC), and CMP is also a core enterprise of CSSC. The registered capital of the company is 1.2 billion yuan.

CMP was established through asset restructuring of Zhenjiang Marine Diesel Works which was founded in 1976 and other Zhenjiang-Based CSSC subsidiaries as per the requirement of the modern enterprise system. The company has been named CSSC Marine Power Co., Ltd. in the September of 2013 from its previous name Zhenjiang CME Co., Ltd.

Guangzhou diesel engine factory Co., Ltd is an all-capital state-owned enterprise shared by Guangzhou Intelligent Equipment Group Co., Ltd and Shanghai Marine DieselEngine Research Institute, and is a special enterprise of manufacturing medium-speed diesel engines and gas engines. Our products are not only popular in China, but exported to southeast Asia.

Yuchai Ship Power Co., Ltd (Yuchai Ship Power) is jointly invested by Guangxi Yuchai Machinery Group Co., Ltd, the largest diesel engine manufacturer in China, Zhuhai Qiansheng Investment Management Co. The total investment of the project is 2.5 billion, of which 1.2 billion yuan has been invested in Phase I. In 2014, the company was awarded as “High and New Technology Enterprise” in Guangdong Province. The company is a key enterprise in the implementation of strategic emerging industries in Zhuhai, the company’s technology center is a key enterprise technology center in Zhuhai, and the first phase of the low-speed machine project is listed as one of the key projects of Guangdong Province “adjusting structure and promoting growth”.

Yes, I have question

Do you have any question about your Marine equipment or Spare parts?

Any questions, I will always try my best to solve your problem with 15 years of experience in the marine industry.

Ask For A Quick Quote

We will contact you within 1 working day, please pay attention to the email with the suffix “@hiqool.com”.